What's The Deal With Coriander?

What's The Deal With Coriander?

Whenever we deliver a Smunch that contains coriander it feels a bit like a gamble. ‘Are you trying to poison me?’ and ‘I LOVED it’ are just some of the comments we get as a feedback - which is unfortunate, as variety is an essential part of our food philosophy. It seems like there’s only black or white, ying or yang and loving or hating it - coriander polarises like no other herb. In fact, we’ve never met anyone who found it ‘kind of okay’. But where do these strong feelings come from?

Coriandrum sativum, aka coriander (or cilantro for Americans) is a herb that is often used in the Asian and Hispanic cuisine. However, lots of people loathe it, although this seems to depend on where you are from. As a matter of fact, a paper published by the journal Flavour in 2012 states that 14 - 21% of all people with East Asian, African and Caucasian descend perceive it as ‘soapy’, while this is only the case for 3 - 7% of people with South Asian, Hispanic or Middle Eastern origin. So does that mean that if it’s a part of your national cuisine, you are born to like it?

Is it really genetic?

Liking it or not liking it can be passed on, studies with twins found out. Our bodies are designed to protect us from possible dangers - hence we react with alarm to the smell of smoke (fire!) and to bitter tastes (poison!). The flavor of coriander has the same effect for many people and is based on their smell receptors, as these are strongly linked to our sense of taste. These receptors vary between people in terms of natural differences, quantity and type, but are often similar among families. As a result, the way we identify airborne chemicals in the atmosphere differs, too.

23andMe, a biotechnology company based in Mountain View, California, did some research and identified the main genetic variant responsible for these differences: called OR6A2, this gene is located within a small cluster of smell receptors and reacts very sensitively to aldehyde chemicals, which create the typical coriander taste. Depending on how a person’s OR6A2 reacts, coriander can taste beautifully herby or pungently soapy. The same goes for other foods as well: broccoli , for example, can be perceived as fresh and healthy or disgustingly bitter.

...and you can. In fact, your body will remember foods that are good for you, so even if you loathe broccoli, your body will notice how it does you the world of good, remember it and subconsciously encourage you. So the more often you eat it, the more likely you are to grow to like it.

Also, if your body is unwilling to like something because it doesn’t offer a health benefit, strong will and persistence can help you grow accustomed to it. This goes for foreign foods (like very spicy dishes or fishy sauces) as well as certain ‘grown-up’ aromas (think oysters, beer or coffee).

However, in both cases this works only if it is a flavor that you don’t like because it’s new to you. If your loathing is due to your genes, it is very unlikely to change.

So what’s the bottom line?

First of all, it’s not your fault if you hate coriander. Secondly, if you dislike it because it’s an unfamiliar taste, you can learn to like it (but if it’s in your genes, you can’t). And finally, if the second is the case, just ask restaurants to leave it out - you won’t be the first guest with this request.

Enjoy your meal - with or without the green stuff! 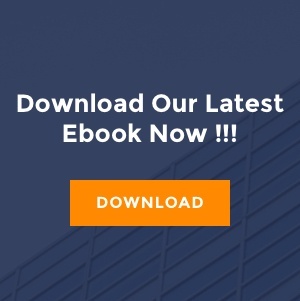 Let Us Know What You Thought about this Post.

5 Ways (and Over 15 Tips) to Make Your Team Healthier

10 Advantages of Working in a Startup

Smunch is the online canteen for happy teams

Delivering affordable and delicious lunch to offices all over the city. Find out more!